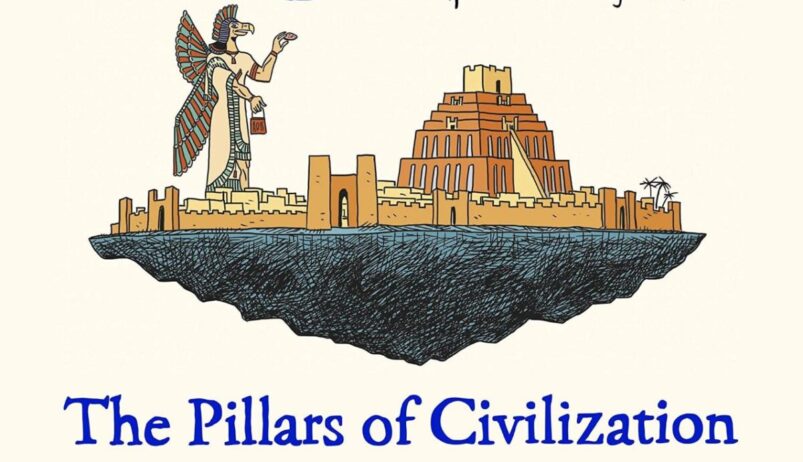 Yuval Noah Harari was the first person I heard about a few years back when 21 Lessons for the 21st Century was published as the third installment in his popular nonfiction series. Sapiens: A Short History of Humanity was the first book. Homo Deus, meanwhile, focused on our future.

All three were intriguing to me, and I placed them on my ever-growing, never-ending list of must-haves. They haven’t made it to my shelf yet, but fate had other plans, and I was able to examine Harari’s wisdom by reviewing the second volume in the graphic novel adaptation Sapiens.

The historian Harari joined hands with David Vandermeulen, Daniel Casanave and Daniel Casanave to transform his work into graphic novels. Vandermeulen was the co-writer, and Casanave was the illustrator. To understand and enjoy this adaptation, you don’t have to have read Harari’s other books, including Volume 1. This book was produced to reach a wider audience who might not be interested in history or science books. I think it achieved its goal. After reading this book, I am determined to find the original more.

Volume 1 – The Birth of Humanity describes exactly what it says. It speaks of Homo Sapiens spreading around the globe. Volume 2 – The Pillars of Society explains how empires were built from our hunter-gathering heritage. I thought I was joining for a ride through history, learning how human civilization was built. I didn’t know I was signing up for an extremely illustrated existential crisis.

Sapiens carefully remove the protective layer of society until it exposes the truth. Generation after generation has made up fictional rules. It is too easy to get so invested in something that you don’t realize you are slowly unlearning all you believed. Instead of being a triumph for humanity, the agricultural revolution is portrayed as a tragedy. Humans made a Faustus-esque deal to get ahead wheat, reaping eternal consequences.

It is clear that humans created civilizations from the simple act of moving from hunter-gatherers into farmers. This, in turn, required social order, leading to hierarchies based on imagined orders and inequality. Harari’s 250 pages reveal that prejudices and biases against people of other races, sexualities, genders, and classes are based on common mythology that has supported our species since the beginning of civilization.

Every revelation in this book feels, in a way at least, like something we already know but never took the time to discover. We all know that money is a fabrication, that all cultures are built upon mythology, and that many people work hard to ensure that the few who have it easy live a comfortable life. Despite our best efforts to make this true, we all know that humans aren’t born equal and won’t live the same lives.

The story is told through fictional characters such as a New York cop who doesn’t care about anything, a cheerful biologist and a curious young girl. Harari himself is also fictional. The journeys of these characters are brief and don’t offer much in the way of knowledge. However, Lopez, the cop’s relentless pursuit of Doctor Fiction, who she believes is responsible, has the longest arc.

Although there is some narrative structure, it’s only intended to provide information and discussion about the history of civilization’s evolution. Some sections feel a bit clunky, rushed, or forced. The characters are just placeholders for the original text. The characters see and discuss different aspects of the story in a play.

Interesting is the visual novel aspect. The graphic novel aspect of the book is interesting too. I was often too engrossed in the text to be able to absorb the illustrations. However, that doesn’t make the book a bad graphic novel. The illustrations were very varied and casually enjoyed by me. It is so refreshing to see nonfiction books translated into graphic format. This could help readers who might feel overwhelmed by the subject matter in text form.

Including characters such as the young girl, the friend biologist, and Doctor Fiction makes the heavy topic more digestible without diminishing the message. This is best illustrated by Zoe’s grown-ups telling her that peasants from many different eras had to endure terrible lives to afford a nice bowl of pasta at a restaurant. In today’s climate of distrust and accusations of fake news, the book doesn’t hesitate to share difficult and uncomfortable truths.

Overall, I found this book to be well balanced and grounded in real facts. After tearing down the foundation of society, the epilogue attempts to offer a path forward. We need to confront those aspects of society that cause others to suffer. Although it would be too difficult to abolish all social rules and order, that does not mean we must accept every aspect of the story. This book shows us that people can achieve great things when they communicate and work together. It’s possible to make a difference, but it takes everyone.

One section was too simplified for me. Many believed that it was impossible to change the history of civilization. This was evident in numerous revolutions and civil conflicts. This was countered by the rise of feminism, which was declared peaceful because it did not have armies and guillotines.

While peaceful demonstrations allowed women to vote and exercise other fundamental human rights, they had to die to make this movement visible. Many women were starved, tortured, and even killed for their cause, as was Emily Davison. It is the same with civil rights. Both peaceful protests and violent demonstrations have been used as a means to advocate for change. Many of the examples in this book show that humans cannot listen to languages other than violence.

This graphic novel and its sequels are a great way to learn more about how society got so “messed up,” why certain people have power and other truths about humanity. 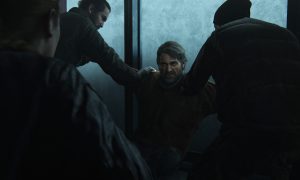