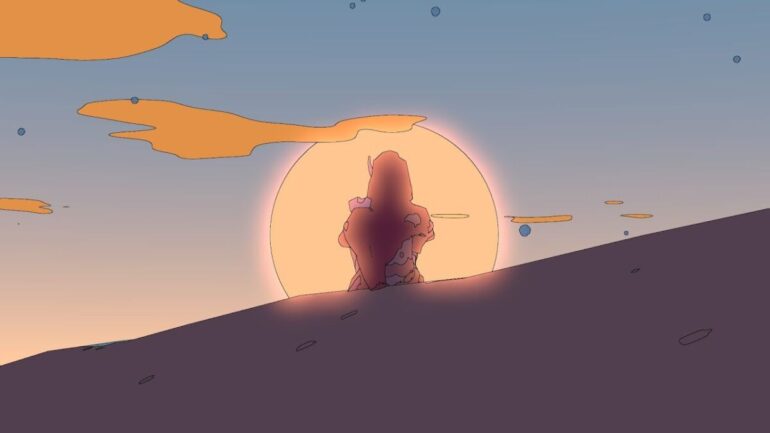 2021. It’s been “a year” for some. We’re celebrating this collection of sun rotations by looking at the top 2021 games. Next: Sable.

The most powerful games often allow me to immerse myself in another world and explore every valley, mountain, or field as I please. Sable was the best game this year. It sees a girl learn about herself and her world, as well as its people.

Sable, a young glider-age girl, begins the game. She leaves behind her clan to embark on her quest to discover herself and see the world. Sable must return to her camp wearing a final ceremony mask. However, she can take as many masks as her heart desires before returning to her camp and enjoying her time.

Each mask represents a different part of society the wearer plays. There are machinists responsible for mechanical jobs, especially gliders. Scrappers are responsible for scrap. Cartographers travel in hot-air balloons to create maps for travellers around the globe.

Although the main questline is the driving force behind the adventure, it can be easily forgotten about throughout the game. Instead, Sable focuses on the world and its inhabitants.

It’s an exciting experience to discover the secrets of the temple ruins surrounding you and the remains of spaceships that crashed, which hint at an advanced civilization that has been lost in time.

I didn’t care how high or far I had to go, and I was always in the Sable world. When I crossed a finish line or reached the top, I felt another rush of dopamine.

Sable has many quests and locations to complete to find the masks she needs. These quests can be as simple as collecting scrap to a Scrapper or as complex as proving your climbing skills to the Climbers’ group. These quests are not the most memorable but can help you see as much as possible on this planet.

This doesn’t necessarily mean that all of the fun moments involved finding a secret or solving an old puzzle. Some of Sable’s most charming moments are those when nothing is happening.

Some of my favourites are stories of me taking a break from climbing dangerous cliffs to meet a famous storyteller over a campfire. It was a nice break, where I could soak in the beauty of the world. While I was walking through a camp, learning more about the people there and their methods of harvesting dangerous crystals with unique outfits, they also mentioned that they could make them.

Every word spoken by these people seemed to hint at a challenge. I took up the challenge and bought my clothes. I also collected as many crystals as I could while lightning struck the ground. As I adjusted to my environment, I felt proud and determined.

There are moments when you glide across the surface of the planet, sand flying in your wake, and the sun setting slowly in the distance. The last rays are gone from the earth. These moments are when the game stops, and you’re left with your thoughts. This is the time to reflect on Sable’s story, as well as your journey and what you may have learned from this science fiction coming-of-age story.

Your glider and yourself are the only thing you need for most of the game. While you may occasionally visit towns, you don’t get to know the people living there. You are just passing through, and they are only acquaintances. Your relationship is between yourself, the dunes and your glider.

I was looking forward to returning to Sable and getting on my glider to explore the seven regions each hour of every day. There are many sights to be seen on Sable’s journey, whether it’s the Badlands’ Boneyard or the Steam Geysers of the Sodic Wastes. Sable is the epitome of “the journey is where the destination”, and I loved every minute of it.