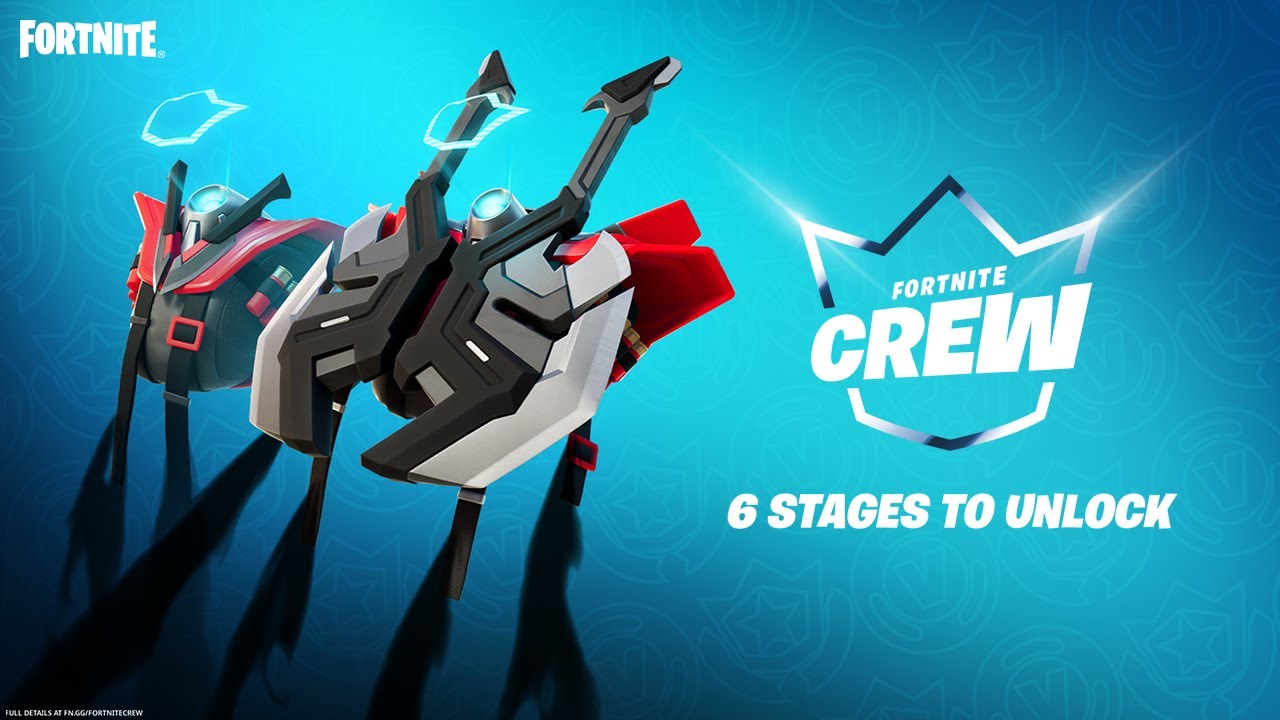 Fortnite Chapter 3 Season 1 will be available, and fans will get brand new content at the beginning of December. Fans will also get a Fortnite Crew Pack!

Crew memberships offer players a great opportunity to save more money on their V-Buck. With the addition of new benefits, it is even more difficult to resist a Crew Membership.

At the beginning of 2021, Epic introduced the first crew pack. The offerings keep improving as Epic learns more from their fans.

For those who have been members for at least four months, the fourth stage of Crew Legacy is now available!

When is the December Fortnite Crew Pack Available?

The next Crew Pack will always be available on the last day in each month.

What is the Work of it?

Fortnite Crew is a monthly subscription that gives players 1000 V-Buck, Skin and at least one additional cosmetic item each month.

Fortnite Crew subscribers have unlimited access to the most current Season’sThat’s Battle Pass.

The Battle Pass can be purchased by players who then sign up for Fortnite Crew.

Fortnite Crew allows players to end their subscription and keep the Battle Pass as well as any Crew Skins that they have.

September, October and November were all themed around the original Midas operatives. They featured Sierra, Chaos Origins and Burning Wolf. In a Back Bling & Pickaxe set, the first item in the Crew’s progressive line was also released. This set evolves over six consecutive months of Crew membership.

December’s Crew introduces the Cube Assassin to the game, a foe many have encountered while fighting in the Sideways. She will be equipped with her own Wrap and Back Bling as well as a Pickaxe and additional Style.

Players have received Loading Screens and Spotify Premium for three months free. They can also Save the World free of charge.

Epic Games finally released the Fortnite Crew Legacy Set, which includes a Pickaxe and Back Bling that evolves as players continue to be members of the Crew.