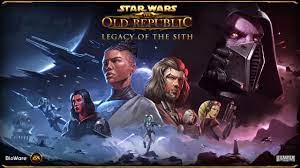 Star Wars – Legacy of the Sith is due for release on December 14, 2021. The BioWare MMO is now in its 10th year. It continues the story of the previous Onslaught expansion, with many returning characters as its main focus. Legacy of the Sith also brings a lot of new features to the game and revamps the gameplay mechanics. There will also be a few new quests.

What’s in store for the SWTOR Story?

We were able to get some insight from the SWTOR presentation by BioWare. Many of the core story elements will be set on Manaan, where the Empire and Republic fight for “Kolto”, a key medical resource in the Star Wars universe. There will be more to the story, including Darth Malgus and Lana Beniko joining the fray, Tau Idair and Darth Rivix. Arn Peralun, who was featured in Onslaught is now a Jedi Knight. Major Anri will also be a key character.

A New Flashpoint and Operation Teasing

Flashpoint (i.e. A new Flashpoint (i.e., a standard four-player Dungeon) was also teased on the planet Elom. It will take you through mountains and looks cold. A new Operation, which is basically a raid, will be available called The R-4 Anomaly. The SWTOR team stated that the Operation’s design was inspired by horror-like elements, using a dark, dingy and glowing-red aesthetic.

Another important point was that SWTOR still plans to produce another year of content after the launch of Legacy of the Sith. We didn’t have much information about the roadmap. They mentioned a few quality-of-life improvements and attempts to “modernize the game”, such as core functions, UI elements and UI elements. We were able to see some gameplay changes happening in tandem.

Combat Styles are the key to big gameplay changes. These Combat Styles will replace Advanced Classes. They were the branching paths that players used to choose from when customizing their characters’ abilities and roles. This will give players more freedom as they don’t have to choose an Advanced Class for each character. Combat Styles allow you to have a wider range of skills because they allow your Primary Class to develop in different ways. However, we didn’t get enough details on how it would work in practice.

All of these changes and additions will be apparent when Legacy of the Sith launches for PC on December 14, 2021. This expansion will be available to all subscribers, as per the previous SWTOR expansions.