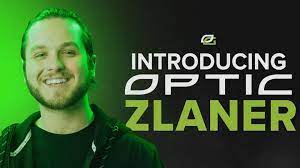 Zack Lane, Warzone streamer and content creator Zack ‘ZLaner’ Lane announced that he has signed with OpTic Gaming to create content for Warzone’s Caldera Map. This announcement came shortly after Envy Gaming announced that it would merge with Warzone in preparation for the 2022 Call of Duty League season.

ZLaner was noticed after winning a $70k Warzone Tournament against fellow members of the Green Wall. They already have some well-known names like BobbyPoff and FormaL.

The 23-year old was very excited to begin his journey with Optic Gaming. He said that Warzone’s new map dropped and Vanguard’s launch made it the ideal time to join OpTic. Between his Twitch and YouTube channels, the streamer has more than 1.4 million subscribers.

OpTic Gaming founder Hector Rodriguez “HECZ”, commented also on ZLaner joining the Green Wall. “He’s competitive and entertaining. We’re thrilled to help him launch into the next stage of his career.”

ZLaner gained a lot of popularity when he began to team up with Dr. Disrespect and compete alongside him in Warzone tournaments. After joining the organization, it will be fascinating to see what kind of content he provides for his fans.

Is there a Warzone League?

There is a possibility that Activision might be planning a competitive Warzone league, with 100 Thieves and OpTic Gaming having Warzone pros on their rosters. Rumours circulated about one appearing in the 2021 CDL season. However, nothing has ever happened. Could a Warzone league be running alongside the top tier of COD Esports with the 2022 season just around the corner? We’ll have to wait and watch.