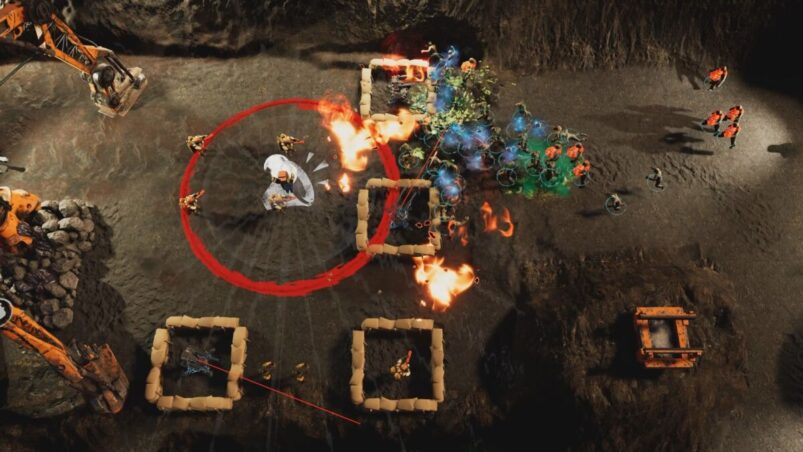 Today, RealityZ, a French videogame studio, launched Too Many Humans. Too Many Humans, a strategy game in real-time, lets you control zombies and attempt to destroy the human structures once and for all.

Too Many Humans is the story of Gaia, Goddess Earth, who becomes sick from humanity’s environmental pollution and destruction. She then turns to Phtisis, her brother, to create an army of undead to destroy humanity. The players will command the legions and use their unique abilities in combat to defeat humankind.

Too Many Humans is described as “tower defense in the reverse” and will allow players to flip the script on traditional RTS encounters, by emphasizing strategies of an antagonistic force in similar games. The objective of Too Many Humans is to gather resources, recruit (or infect) zombies, adapt their abilities to their needs, and destroy the enemy with clever strategies that match their zombies’ abilities and the terrain.

RealityZ’s creative director Julien Millet said that the game was inspired by the experience of Zergs in Starcraft. He also stated that the goal was to create a feeling of the horde harassing their opponent until exhaustion and making control more intuitive. This experience I hope players will enjoy in Too Many humans em>

Seven levels are featured in the first episode. They focus on spreading the disease on the United States, the number one polluter. Episodes 2 and 3, which will air in February and June 2022, respectively, will introduce new mechanics and environments to RTS players looking to Zerg Rush some human-filled bases.