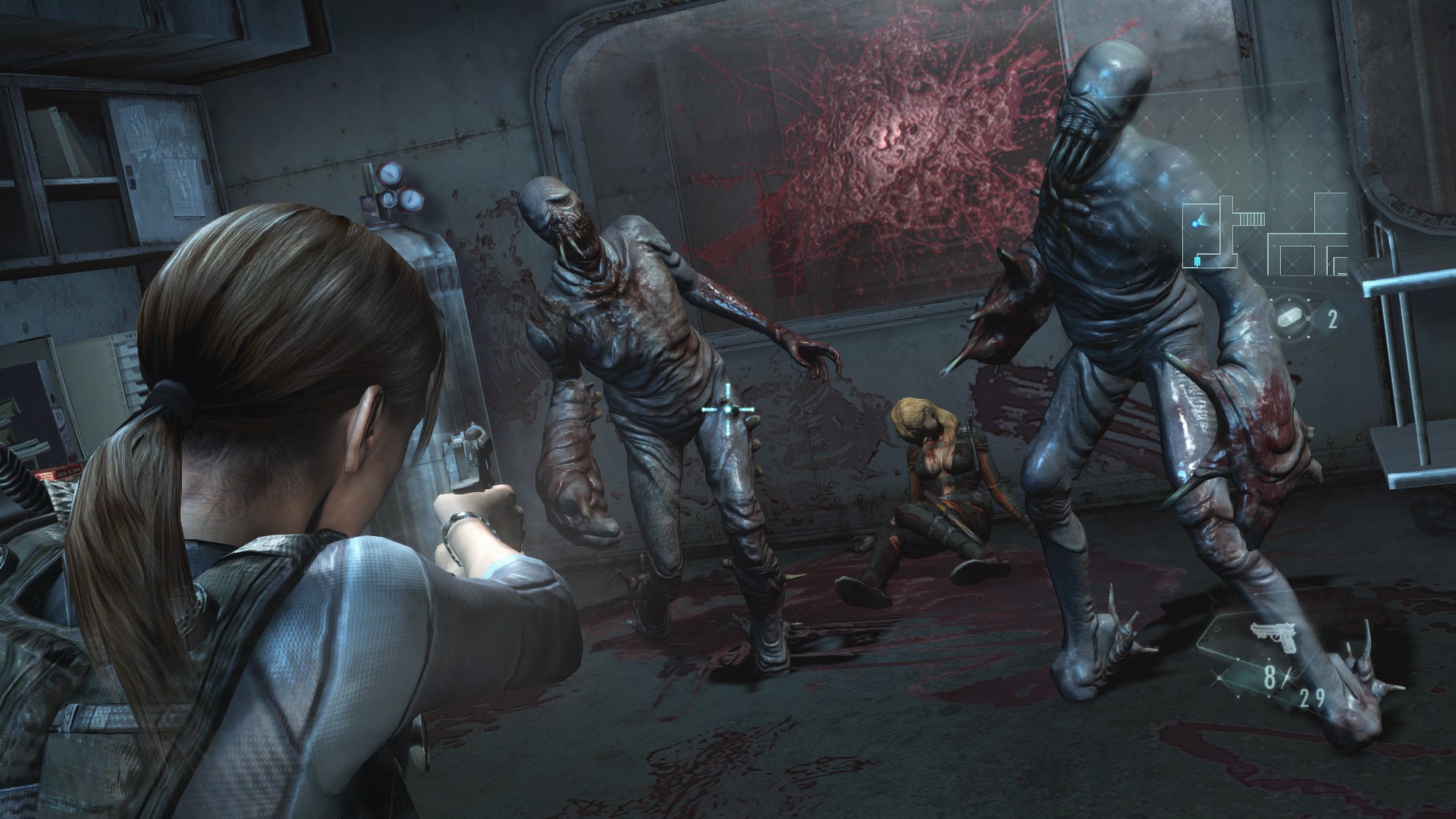 Resident Evil: Revelations was a survival horror videogame developed by Capcom. It was first released on the Nintendo 3DS handheld gaming console in 2012. The game allows the player to control the character in the third person and interact with the environment and enemies. The single-player campaign requires the player to complete a series compiled into episodes. The scenario in which Jill Valentine is aboard a ghostship in the Mediterranean Sea. However, some scenarios require that the player plays as different characters in different settings. The player must accomplish specific objectives to complete a scenario and move on to the next. These include solving puzzles, defeating bosses, collecting keys that unlock new areas and getting to a particular point.