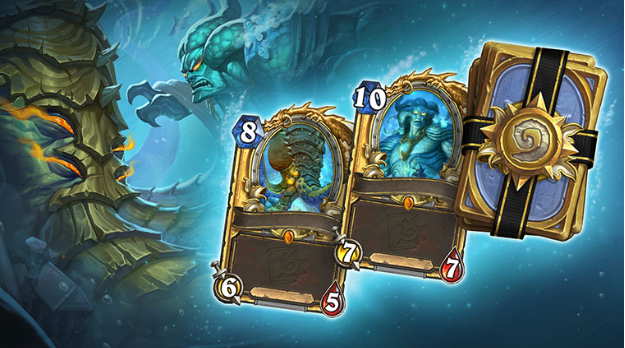 Hearthstone has just released a new mini set of 35 cards. All cards are now $14.99 in the bundle. The game will be updated with four new legendaries. They are hoping to shake up the Standard and Wild meta. This quick overview of the latest update includes new cards and battlegrounds changes.

The Mystery nodes on Heroic Bounty maps now have a new option. If you complete the Bounty, additional rewards will be given to you for landing on a Mystery Treasure Node. However, be aware that a lot of the treasure will be Cursed and may cause problems for your characters during your run. Sometimes, however, your Mystery Treasure can turn out to be straight Bonus rewards: all the extra prizes at the end of your Bounty with no Curse.

Y’Shaarj will also be joining the Party for its limited-time event on June 7. This event will feature 10 tasks centered on the Old God Y’Shaarj. You can unlock two new event tasks each of five days, but you still have time to complete all 10. Completing all 10 tasks will unlock the Y’Shaarj mercenary and a random Golden Y’Shaarj portrait, the Diamond Y’Shaarj portrait, and 750 total Mercenaries Coins. This event is best if you have Pirates and Humans as your allies.

Y’Shaarj, its Portraits, and Coins will not be initially available through crafting or packs. After the event, Y’Shaarj and its Portraits, as well as its Coins, can all be obtained by normal means in a patch. You can find more information about the event and the new cards in the official patch notes. You can read our coverage to learn more about the recent meta balance changes.