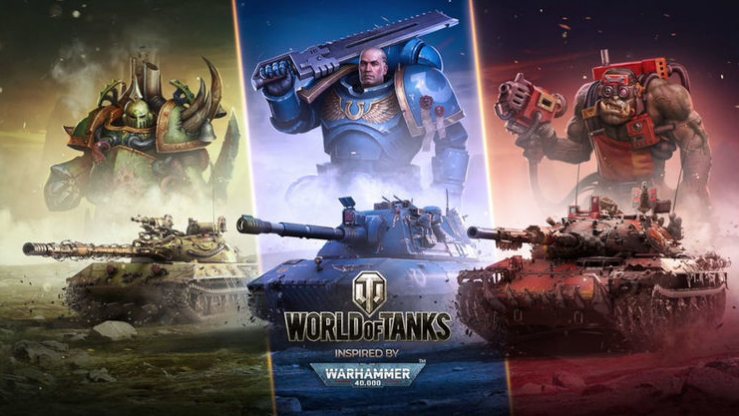 The new season of World of Tanks’ Battle Pass will be available. Wargaming has teamed up with Warhammer 40,000. Battle Pass Season VIII will feature the Rise of the Ultramarines and Death Guard as well as the Evil Sunz Orks. All these characters can be found in the Warhammer 40000 universe.

The chance for players to choose their preferred faction will be available. Players can now get matching camouflages for their tanks from the following supported factions: ALL SHALL ROOT, COURAGE and HONOUR, and RED ‘UNS GO FASTER

What number of chapters will Battle Pass Season VIII support?

According to Wargaming, there will be three chapters that each contain 50 stages. The stages can be completed in any order by players. Each chapter will also feature a 3D style that is inspired by the factions mentioned above.

This is a very different approach from Wargaming’s past and is obviously influenced by Warhammer 40,000’s prestige.

What rewards will players receive for completing each chapter successfully?

According to our understanding, this plan is to award World of Tanks gamers with a Warhammer 40000 commander when they complete a chapter. This commander will fly the flag of each faction from the top of support tanks.

You can also customize your faction with 2D styles. It’s important to get to the end if you want to collect all the goodies.

Max Chuvalov (Publishing Director, World of Tanks) stated that “We are excited to work with and bring the 40k universe in World of Tanks” and that “we’re certain our players will also be thrilled,”. Battles, just like Warhammer 40,000 are all about strategy and understanding your role in an arena. And how you can work together for victory.

When can we expect Battle Pass Season VIII to start?

The season will begin in June and run through August. As it stands now, World of Tanks fans and Warhammer 40,000 players will have plenty of time to complete the season.

The thing is that World of Tanks players who play in Tier VI-X vehicles can earn Battle Pass points. However, they must only play in Random Battles and not engage in Grand Battles. To earn Battle Pass Points, you must perform well on the battlefield, just as it was in the past.

World of Tanks players has the option to increase their Battle Pass Points by completing daily missions for vehicles of all levels.