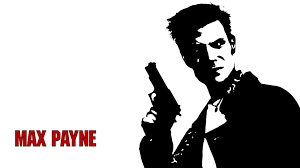 Remedy seems to be constantly creating new games in all their major franchises. It makes it difficult to keep track. The Max Payneseries was one franchise that they had not been able to touch. This was due to a complex parade of license transfers and was currently held by Max Payne3 developers Rockstar Games. Remedy announced today that they would be remaking the first and second games of the series with Rockstar.

X, and PC using Remedy’s own Northlight engine. Remedy calls this a storytelling engine and it has been powering all their games since the Xbox-exclusive Quantum Break. Remakes are still in preproduction, so this is not a new deal.

The Max Payne series is a beloved cult classic that has sold approximately 7.5 million copies. Although it is the original video game bullet-time, the most popular part of the series is Max Payne the hardboiled renegade cop and the neonoir detective story that surrounds him. The sequel, Max Payne 2 : The Fall of Max Payne was released a few years later to similar critical acclaim. Modern Remedy games such as Control still reference the games, though obliquely.

Remedy is currently working on new games within the Control universe, including a follow up and a sequel for Alan Wake.