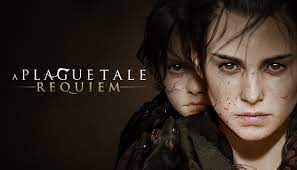 Focus Home’s A Plague Tale Innocence, a rat-filled game, was a huge success, not only for its fantastic art but also because of its clever action-adventure stealth gameplay. The game sold one million copies on all platforms in the twelve months that followed its release. This is impressive for a title that came primarily out of nowhere. It was not surprising that Focus Home Interactive offered to allow developers Asobo Studio to work on a sequel to the game. While we wait eagerly for the game’s return, here are all we know about A plague Tale: Requiem.

Focus Entertainment and Asobo Studio have released their first gameplay for A Plague Tale: Requiem.

Here are some more details about the clip:

em Data-V-ac158da6 In this trailer, Robert Louis Stevenson’s poem, “Requiem,” sets the mood. This trailer shows Amicia’s and Hugo’s epic adventures in a brutal, stunning world that supernatural powers have twisted. Amicia, Hugo and their family flee from the destruction of their homeland and travel south to discover new areas and exciting cities. “

S, PC and on Nintendo Switch via a Cloud Version of the game.

The game’s 2022 release date is a bit uncertain at the time of writing, but it’s not known when or if the game will launch simultaneously on all platforms.

The original Plague Tale concludes with Hugo and Amicia being freed from the conflict that drove them away. However, Requiem seems to have a new match.