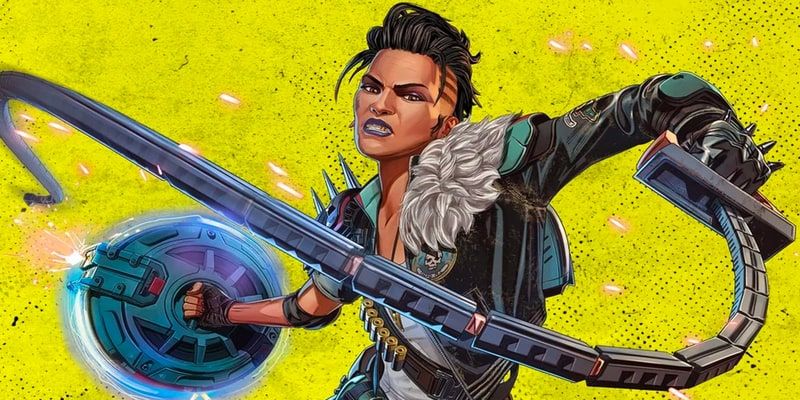 With Season 12: The Defiance right around the corner, Apex Legends enthusiasts have plenty to look forward to. Respawn Entertainment has released the trailer for season 12. With Mad Maggie joining the roster, Apex Legends season 12 looks to be the most exciting yet. All players who join the season within its first three weeks will receive unlockable Legends and skins.

Those who thought Mad Maggie’s appearance in Apex LegendsSeason12 would be quieter than her previous appearance is seriously mistaken. Her explosive entrance into the games is meant to be a scapegoat. Maggie’s role as the “villain” in the piece has obscured subtle skulduggery. Octane’s father (known only as Mr Silva) has managed to sneak into Olympus to upload the Defiance protocol, Season 12’s namesake. This protocol, whatever it is, has caused severe damage to Olympus. The once-airborne city was ripped from its spot in the sky and sent hurtling downward.

Apex Legends Fans are eager to learn more about the new Season 12. One of the most critical questions is Mad Maggie’s role as an official Legend. Will her abilities work the same way as Fuse, a Salvo scavenger? Or will their fractured friendship create a pair that is mechanically opposites? Maggie, a firebrand, is sure to have at least one or two devastating tricks.

Mad Maggie isn’t the only legend enjoying her time in the sun. The fan-favourite daredevil has finally survived twelve seasons of humiliation at Octane. He had to throw his weight in with Mad Maggie. Octane made sure she was not picked up by other Legends as soon as she arrived. Perhaps Respawn is trying to make Octane a more serious character in this story with the appearance of Mr Silva. This is unlikely survival is the most critical news about Apex LegendsSeason 12! Respawn has revealed more information about the game in previous seasons. But they would have to pull out all the stops to make this season even better.