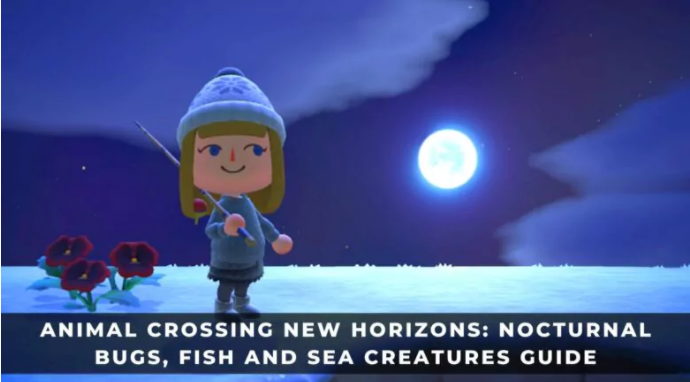 Animal Crossing: New Horizons has one of its main features: the ability to capture different wildlife. There are three types of nature: fish, bugs, and deep-sea animals. Each one is unique. They can be found in various places and at different times of the day. You can also find them influenced by the weather. There are many species of wildlife that can be found during the day. Some animals only venture out at night from dusk to dawn. Many players consider completing the Critterpedia or filling the museum a goal. You’ll need to play every day to reach the goal of getting all the Critterpedia items.

Animal Crossing – New Horizons available on Nintendo Switch to get your region pricing.

There are 80 types of fish that you can catch in New Horizons. 23 is only available at night or between dusk & dawn. Some fish are only visible for a short time, from late to very early in the morning. These fish can be found in rivers, seas, and ponds. Some fish only appear in certain places like rivers or clifftop ponds. Different shadow sizes are standard in fish, but once you reel it in, you will not know what size. Sharks are the largest fish with fins sticking out of water.