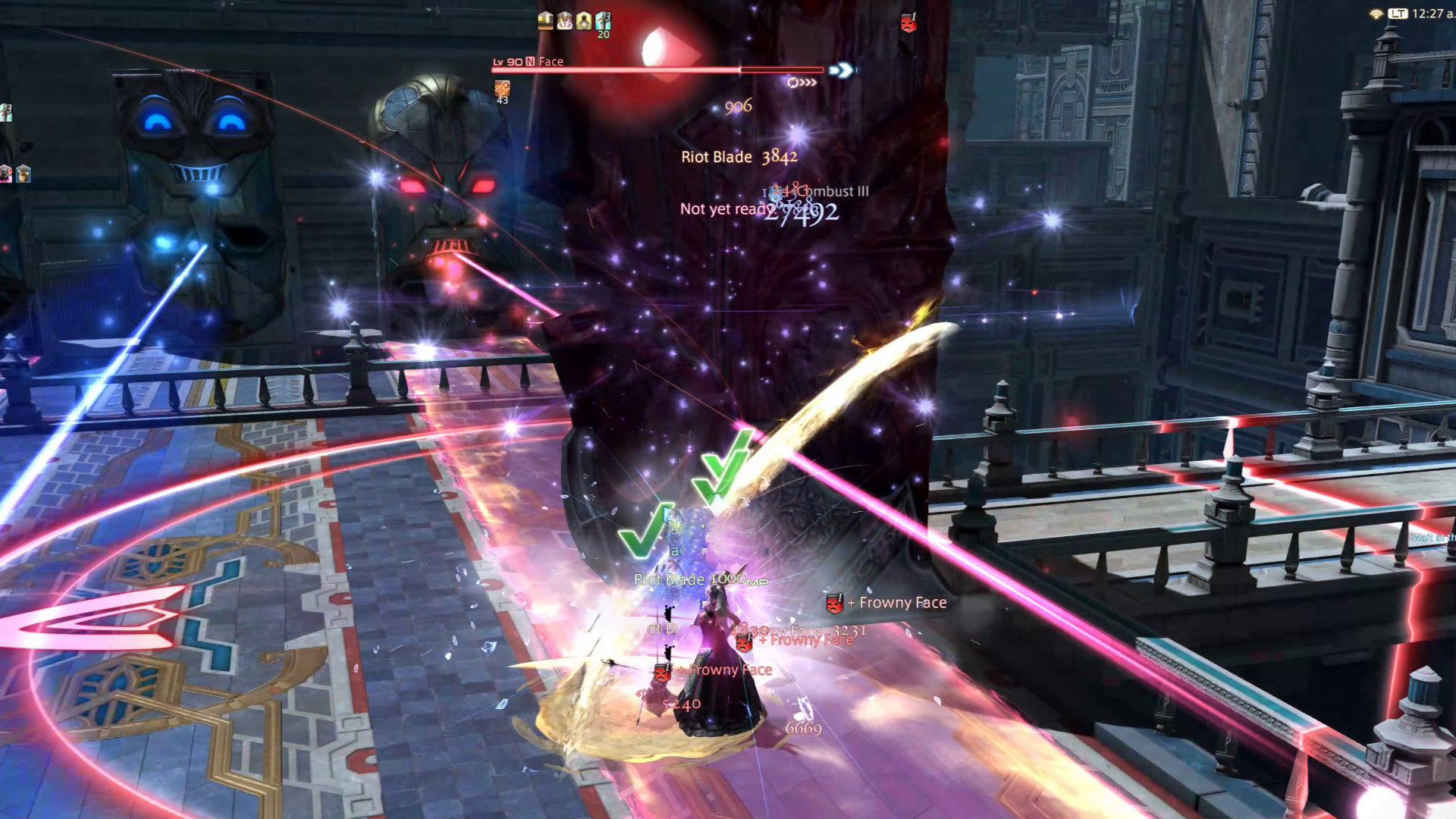 Your expertise is required to survive this MC Escher-esque dungeon. You are now in the seventh dungeon of Final Fantasy XIV. This dungeon is the Endwalker and the only one that can unlock Expert Duty Roulette. Smile continues to tell the story of the Loporrits. They do their best to create a safe and habitable sanctuary for all. The best-laid plans often go wrong.

Warning: Dungeon guides may contain spoilers. You can save the surprise of dungeons by giving them a go before you refer to a guide. If you need help, please come back to this page.

We weave a complicated web! To move forward, you’ll need to open the doors filled with purple and black smoke. These first encounters are usually quite simple. The larger Smiley Thinker will strike with a point-blank circle AOE. So, run out of range.

The face is the first boss. The boss does not move from its original position, and the fight takes place in a square arena. This is more of a mechanic test than a difficult fight.

Lines of Fire are the only thing you need to be concerned about. Or you will die. Flipside changes the position of the face statuaries, while On My Law pushes you one lane either way. This fight is easy, except for the main mechanic.

This section will show you more AoE attacks by the various enemies. Smiley Metalloid can occasionally hit their primary target with long-line AoEs, while Smiley Scaper and Smiley Daphnia use point-back circles AoEs.

This creepy replica of humanity is at your disposal. The arena is circular, and the fight takes place. There are no danger zones or falls.

This fight is a little difficult due to the combination of Frameworkers’ attacks and Print Workers’ attacks. The Print Workers use only Leap Forward, which reduces the arena available. However, the boss can combine any of its attacks like Omnidimensional Onslaught.