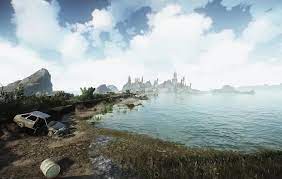 Fortnite is down right now. Epic blocks Spiderman web-shooters to resolve the issue.

Epic Games is experiencing more Fortnite problems around matchmaking. Players are reporting that the game is slowing down and not connecting correctly. There may be more issues with the Spiderman content.

Devs have had to take drastic measures, as the issue of matchmaking and players being kicked out of games has been a constant concern.

Fortnite is down on Xbox One?

The issue seems to be affecting all players, not just those on PC.

A few minutes ago, Fortnite Status sent out a tweet that stated:

They have since followed up and said they had disabled Spiderman’s web-slingers as they investigated the problem.

Whatever the problem, it seems that the servers are slowing down for players. Epic quickly realized that the problem was likely to be due to the webs. Perhaps too many are generated by players to allow the servers to cope. Epic, therefore, decided to disable this option until they could see the complete picture.

Epic seems to believe that the problem is directly connected with the new in-game item, only launched within the last few hours. Epic and Fortnite are not happy with how the new mechanic was received by so many players. This should not be a problem for single-game items.

Only an hour has passed since Fortnite’s official account was tweeted:

Many players are being told they don’t have permission to play Fortnite because of an error. Reddit and Twitter report concerns from players unaware that Fortnite is experiencing issues. Many believe they have been banned accidentally.

If you get this error message, all you can do is log on and try again. Many people are saying that they will soon play the game again. Epic Games will fix the problem.