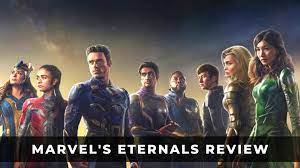 Many critics have pointed out that Marvel Cinematic Universe has been playing safe lately. They claim that they are just releasing the same formulaic movies in order to make some profit. These takes are a bit surprising, as the MCU has taken many risks. It all came down to The Avengers becoming a reality, and the Guardians of the Galaxy being a movie (whose main cast includes a talking raccoon & a giant tree). With Marvel’s Eternals, it feels like Marvel is rebutting these claims. It’s bold and takes risks. But it pays off.

Marvel’s Eternal tells a vast story that spans thousands of years. The Eternals are an immortal alien race sent to Earth to defeat a monstrous species called the Deviants. They are tasked with defeating them and protecting humanity, but they don’t interfere with human affairs. They defeat the Deviants and then go on to their own paths until they reunite in the present, when their enemies return. They do a good job of balancing the different elements with a plot that covers multiple time periods.

It’s a blessing that so many people are humane and have deep relationships. They explore themes such as human conflict, war and power, as well as love, and many other topics. You will be amazed at some scenes, as the MCU explores new territory. The movie drags when they get too much into the lore or exposition. Things like Mahd Wy’ry are introduced very closely. They feel out of place. The audience will be told about it when it appears out of the blue. This is when the story loses interest. However, it will quickly rebound if it focuses on its characters.

PERFORMANCE & CHARACTERS: EVERYONE IN THE SPOTTLIGHT

When I went into the movie, I was expecting that we wouldn’t get to know certain characters better than others. There are ten Eternals in the movie, and we might have had the chance to get to know seven of them. They managed to make each character so real that we felt connected to them all. It’s difficult to pick a favorite because there are so many. Gemma Chan plays Sersi with such great talent. She brings a level of compassion, love and introverted strength you don’t often see in superhero movies. Richard Madden plays Ikaris alongside her and is a master at this complex role. His character is very well-written, and I won’t spoil the surprise. The fight scenes with his heat vision and flight are also spectacular to see.

The other Eternals do an excellent job of delivering dramatic and comedic scenes. Phastos (played by Brian Tyree Henry) is the one I keep coming back to. He has a slight sarcastic, sassy, but has surprising, substantial depth. It’s a scene in which he gives up on humanity that will break your heart. Although it’s a dark subject, the MCU still manages to entertain with its usual funny moments. Kumail Nanjiani, Harish Patel and Karun are the standouts in comedic comedy. Kumail brings a wisecracking approach to his role, and Patel can always deliver a laugh.

CINEMATOGRAPHY AND SOUND: GRAND IN ALL SENSE

This movie has a different look than other MCU restaurants. Chloe Zhao demanded that Eternals not be shot entirely on a soundstage. This decision was a success. It’s breathtaking and grand. It’s difficult to pick the best part, as you could make a case in any scene. The third act is probably the most memorable. The group is at the beach as the sun sets, and it’s stunning to the point that it’s the main image in the marketing.

This helps to tell a story that spans many years and takes place in different places. It would be fine if Chloe Zhao shot on a soundstage. But it wouldn’t be spectacular. Eternals is helped by the score of Ramin Djawadi. This mysticism helps to distinguish these heroes’ themes and others in the MCU. It has a transcendent feel that matches the character’s godly powers. You can still feel this godly power even in the quieter moments through the music.

EDITING AND PACING: TO CUT or TO NOT CUT?

Eternals is the longest MCU movie, with Avengers Endgame taking just under three hours to beat it. They had the advantage of having pre-established characters and a clear story to work with Endgame. This movie has to establish a lot. This movie isn’t long enough. Sometimes, even a movie that lasts 2 hours can feel dragged. It felt as though it was moving at the right speed throughout.

It’s tricky, because you want your audience to get to know the characters without making the movie too long. The movie even showed a 30-minute flashback, which detailed many of the characters’ traits. It is possible to reduce the length of the movie and keep it at the standard MCU run time. It is important to spend time with the cast and build relationships. The movie could be criticized for its length, but it would not allow us to sympathize with these characters. These characters are not given much attention and there are few editing tricks. 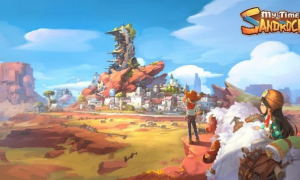 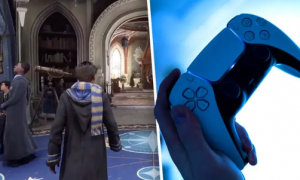 DualSense Controller ‘Hogwarts’ will display your house colours on the ‘Hogwarts’ Legacy. 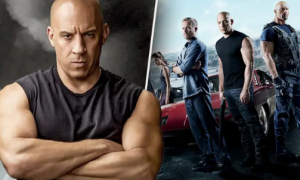